Being the kind of person who is always keen about learning history, I got pretty excited about our trip to the Mah Meri Cultural Centre on Carey Island. The Mah Meri people have traditions which are still kept until today. Such as the greeting of newcomers and visitors with limejuice, which turned out to be one of the main beverages served around there. 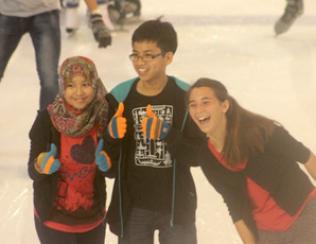 On Saturday, December 7th, boarding took us to Sunway for ice-skating. I had never tried ice-skating before so I ended up with very sore feet and fell a number of times. Thankfully I had the help of Aiman, who taught me the basics even though he was not sure himself about ice-skating!

On Saturday the boarders went to the Extreme Park at Shah Alam to take part in paint balling. Before we started we had lunch at Burger King, which was a great way to start the afternoon. 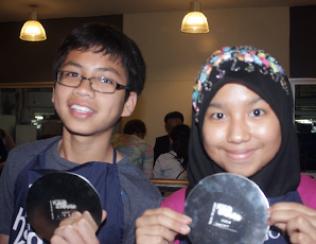 On November 16th, the boarders visited the Kuala Gandah Elephant Sanctuary in Pahang. We arrived there at about 11.30am after a long two and a half hour journey. We brought 10 tins of baby milk powder to be given to the elephant sanctuary as the baby elephants are fed with it. Last Saturday, the boarders took a bus to Sunway Lagoon. We had ample time to wander around and try all the rides. The weather was perfect for the outdoor activities. The ride I loved most was the 360-degree Rotating Pirate Ship. It definitely got me out of my comfort zone. The height was nerve wrecking for me so I closed my eyes and imagined I was a baby in a cradle. On 31st of October, Nexus boarders dressed up in all their creepy Halloween costumes for the Nexus Boarding House Halloween party. Everything was Halloween decorated with spooky little bats hanging from the air-conditioning vents, and a massive spider web on one of our walls. Even the couches were covered in black fabric to give it that extra spooky edge. At 9.30am last Saturday, the boarders set out with Mr Mark and Ms Maureen to Melaka. It took almost three hours to reach our first destination of the Taming Sari Tower where we boarded the duck - no, not a literal one, but a semi-aquatic vehicle that was originally used as a military vehicle by the United States in World War II. 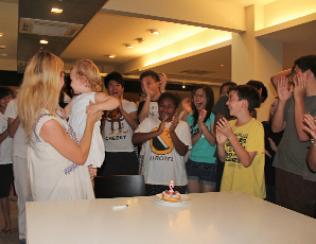 In boarding I have lots of fun. We always celebrate birthdays by having parties.

Friday nights we will have a trip to a night market in Putrajaya. On Saturdays we also have some exciting trips to unique places, while on Sundays we will go to a great shopping mall that is Alamanda shopping mall at Putrajaya.