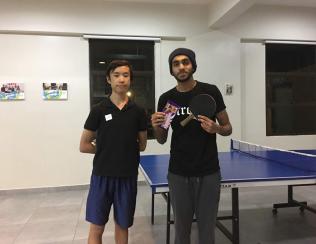 Thor: Ragnarok - Excellent Reviews by All

This weekend was relaxed, but still very fun!

Mr Dan and Ms Sarah took two minibuses of boarders to IOI to watch the highly anticipated movie ‘THOR: RAGNAROK which is the sequel to THOR: THE DARK WORLD and another film from the Marvel fictional universe. Everybody really enjoyed the film, for some this was their second viewing! Cycling and Canoeing on Putrajaya Lake

Mr Ariff took ten boarders to Wetland Park in Putrajaya for canoeing and cycling. The participants organised themselves into pairs for both of activities. First was canoeing and everybody seemed rather confident paddling around the calm waters of the lake. Most boarders returned back from an enjoyable Mid Term break with family, although those who travelled to France and Spain for two weeks as part of a school trip arrived to the boarding house still jet-lagged. Nevertheless, the ‘tourists’ immersed themselves amongst the European culture by enjoying the food, local people and the learning of foreign languages. Funtime at the Circus

Over twenty boarders along with Mr Troy and Ms Bobby made the short journey to Desa Parkcity to watch the exhilarating and enjoyable Swiss Dream Circus. Melaka Does Not Disappoint

The annual Melaka trip took place on Saturday, where all boarders supervised by Mr Dan, Ms Sarah, Mr Mark and Mr Peter headed off early Saturday morning for a fun filled day of activities. The coach arrived at a fantastic restaurant which has welcomed us for several years in a row and they were ready to serve a delicious local feast, including a tasty shaved ice dessert. The... 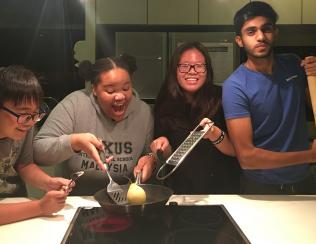 Last Saturday, Ms Bobby and Mr Andy transported a group of excited boarders to EnerZ Extreme Park at Subang Jaya. On arrival, everybody was introduced to some warmup and stretching exercises before the three hours of non-stop fun that they were about to endure. Breaking out in KLCC

BREAKING OUT IN KLCC
This weekend Mr Dan and Ms Sarah took our boarders into KLCC for a fun few hours in the ‘Break Out Rooms’ and also for some retail therapy at the nearby shopping mall. A Beethovenian Concert Night with PJPO

Last Summer, Qi Xuan was thrilled to have the opportunity to play the famous Beethoven Piano Concerto No. 5 ‘The Emperor’ as the soloist accompanied by the Petaling Jaya Philharmonic Orchestra (PJPO) under the baton of Mr. Lam Siu Chong. The concert took place on the 23rd of July, 2017 at Dewan Sivik Auditorium and was attended by an audience of no less than 600 people. A fantastic start to the new year in Boarding

New boarders, new staff, new look!!
We welcomed everybody back, including fourteen new boarders, and new houseparents Mr Dan and Ms Sarah to boarding after a long and relaxing summer holiday break.